I took the train into London a couple of weeks ago and passed some time reading the Metro as whizzed through the frosty countryside. One thing that caught my eye was was an article on how you know when you’ve ‘Made it’. A survey showed the top 40 things that people feel indicate that they are there… you can see what they are below: 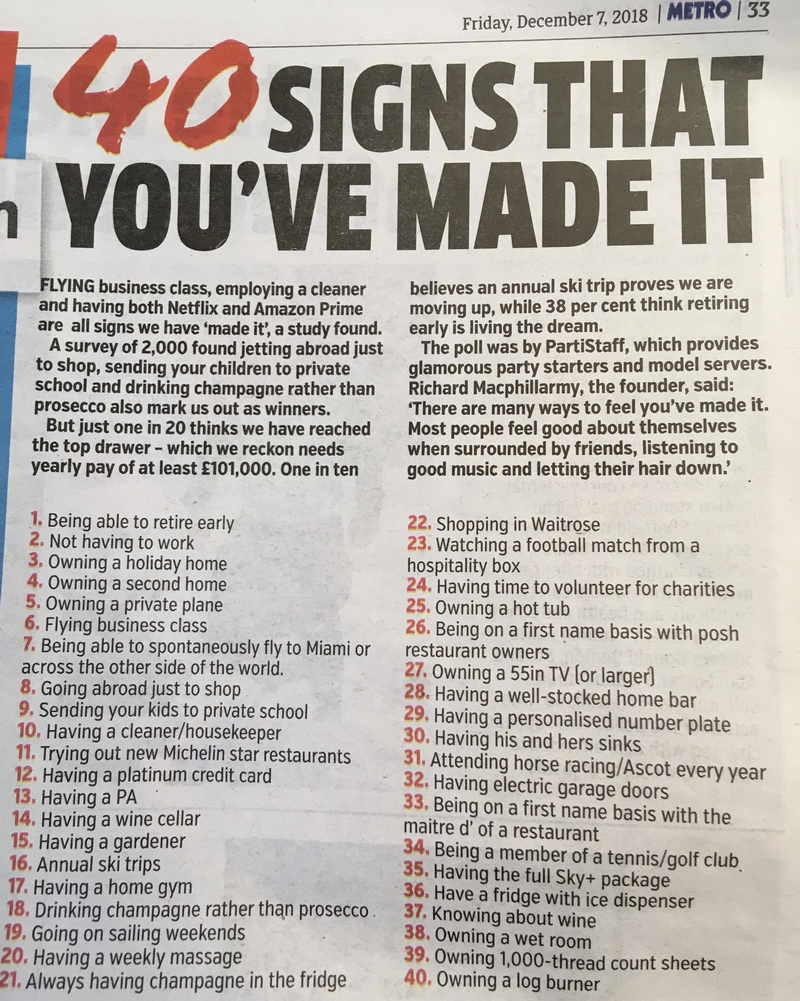 I was a bit shocked by some of the things on the list; knowing about wine and having his and hers sinks is not something I would ever have considered! In fact there were only a handful of things that I could relate to at all. However, it got be thinking. What would my 40 things be?

As it’s nearly the end of the year I thought this might may an interesting exercise, particularly as we tend to review our year and make plans for the new one. I’ve realised that most of the things on my list would be small. And actually about half of them would probably be possible now with a bit of prioritisation.

For example I love having fresh flowers. I don’t buy them very often as I see them as a luxury but actually a bunch of tulips or daffs at the right time of year are just a couple of pounds so actually I could have ‘made it’ already if I just decided that buying fresh flowers was important enough to me to start doing now, rather than waiting till I’ve made it!

How about you? What will let you know that you’ve ‘made it’?